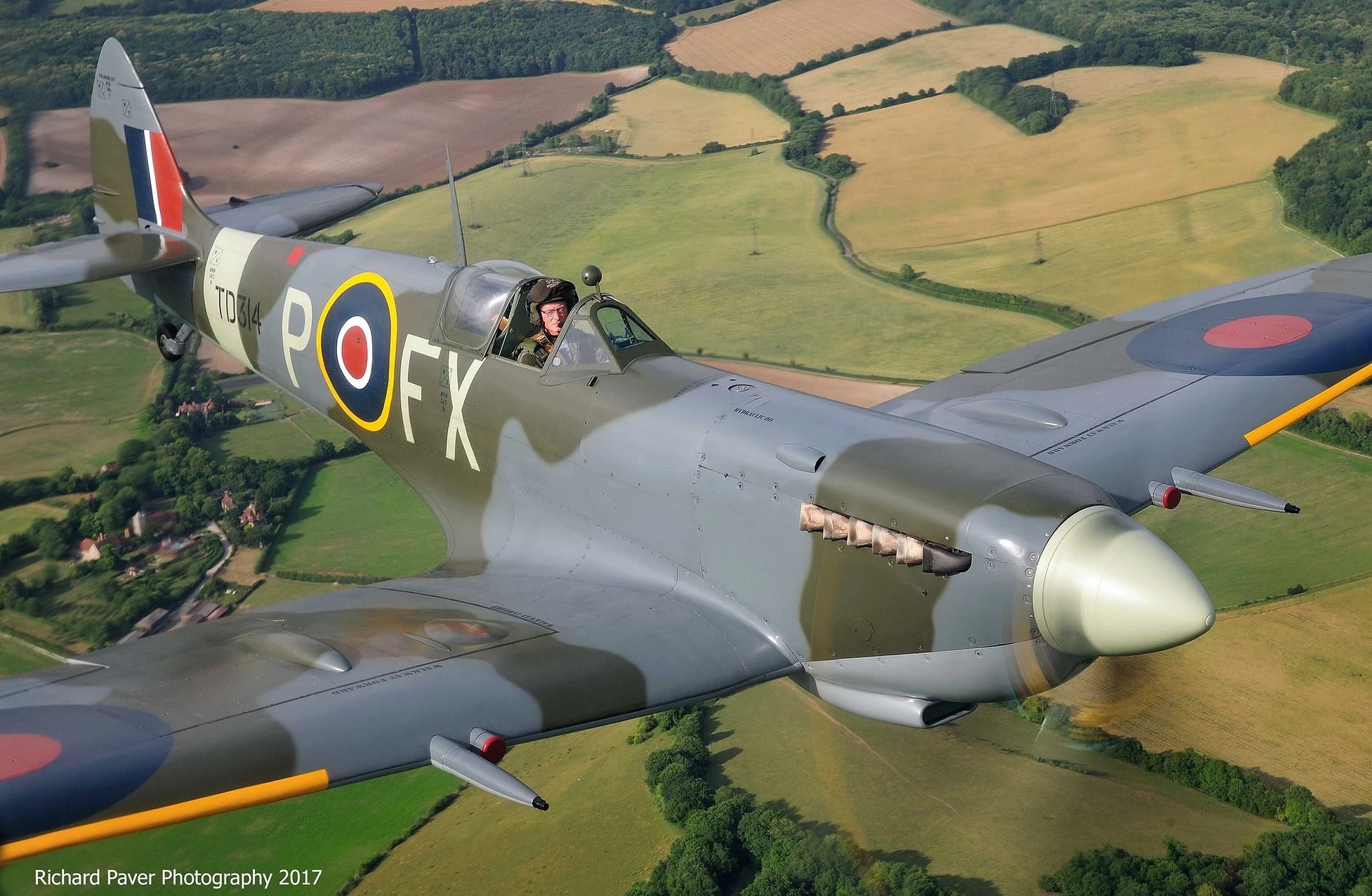 One of the last high back Spitfires built

Airframe 175:05 hrs since Overhaul
Airframe (fuselage, empennage and wings) overhauled by Airframe Assemblies in 2011. The aircraft was assembled and systemised at Biggin Hill Heritage Hangar in 2012/2013 and maintained by Aircraft Restoration Company since 2015.

History
TD314 was built at Castle Bromwich in late 1944 and fitted with a Merlin 70 as a High Level Fighter (HFIXE). She was one of the last high back Spitfires built as the production line switched to low back aircraft in February of 1945. She was delivered to 33 MU at Lyneham on 30th March 1945, transferring later that month to 30 MU before a further move to 6 MU where she was prepared for service with 183 (Gold Coast) Squadron at Chilbolton on the 24th June 1945. 183 squadron only kept its Spitfires for a short time before re-equipping with Tempests.

TD314 moved to 234 (Madras Presidency) Squadron at Bentwaters on 26th July 1945, it is in this squadrons colours that she is currently finished with the squadron codes of FX-P. Whilst with 234 squadron it is possible that TD314 took part in the 1945 Battle of Britain flypast over London. When 234 squadron converted to Meteors TD314 was transferred to 29 MU at High Ercall for disposal on the 27th February 1946.

In early 1948 TD314 was selected as one of the 136 Spitfire IXs to be sold to the South African Air Force and she was sent to 47 MU RAF Sealand where she was packed for shipment, leaving Birkenhead on the SS Clan Chattan 23rd April and arriving at Cape Town on the 12th May 1948. Details of her use with the SAAF are not known but she was sold for scrapping to the South African Metal & Machinery CO, Salt River, Cape Town, sometime during 1954. She remained in the scrap yard until recovered by Larry Barnett of Johannesburg in 1969. From there she passed through the hands of several owners before arriving in the UK via Canada in 2009.

Acquired by Aero Legends in 2011, restoration commenced at Biggin Hill culminating in a first flight on the 7th December 2013. TD314 is heavily featured in the new Haynes manual on Spitfire restoration having its picture pride of place on the front cover. TD314 has been named “St. George” which is prominently displayed on the fuselage

The aircraft has been operated by Aero Legends Ltd for the purpose of formation flying experiences, air displays and film work for the past 7 years being flown almost exclusively by two of the most experienced Spitfire pilots in the world – Flt Lt Charlie Brown & Flt Lt Antony Parkinson. In recent years the aircraft has undertaken 30-40 hours per year of paid flying generating considerable income from the operation of the aircraft and the aircraft can continue to be operated in this manner with Aero Legends.

The aircraft features regularly at UK and European air shows, including the Battle of Britain Airshows at Duxford Airfield and Headcorn Aerodrome 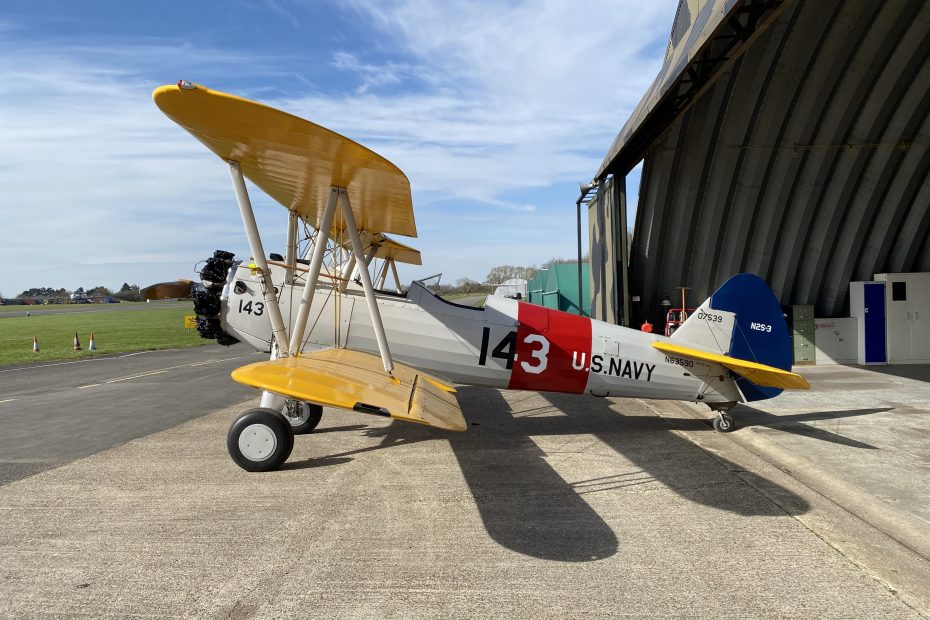 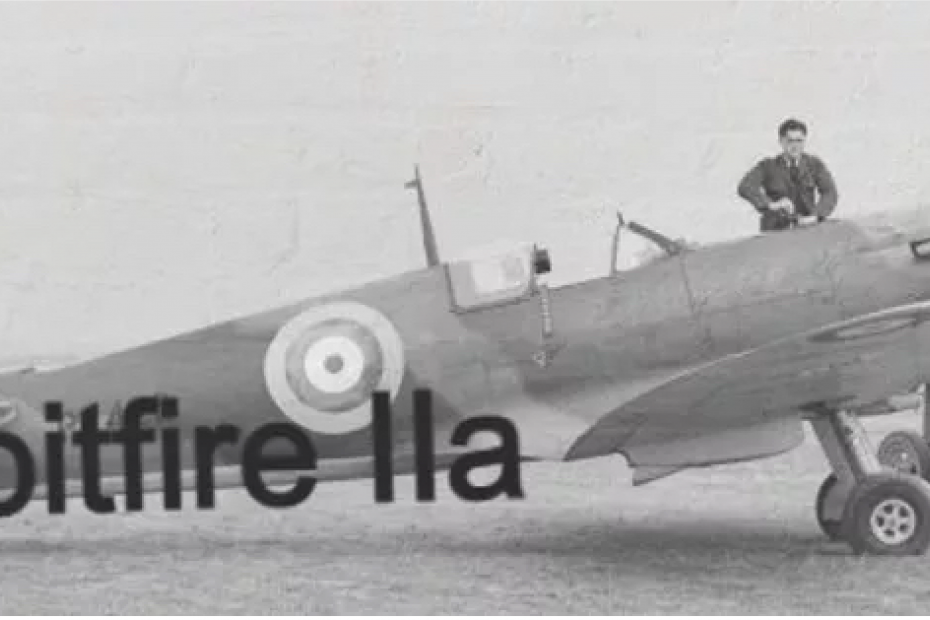 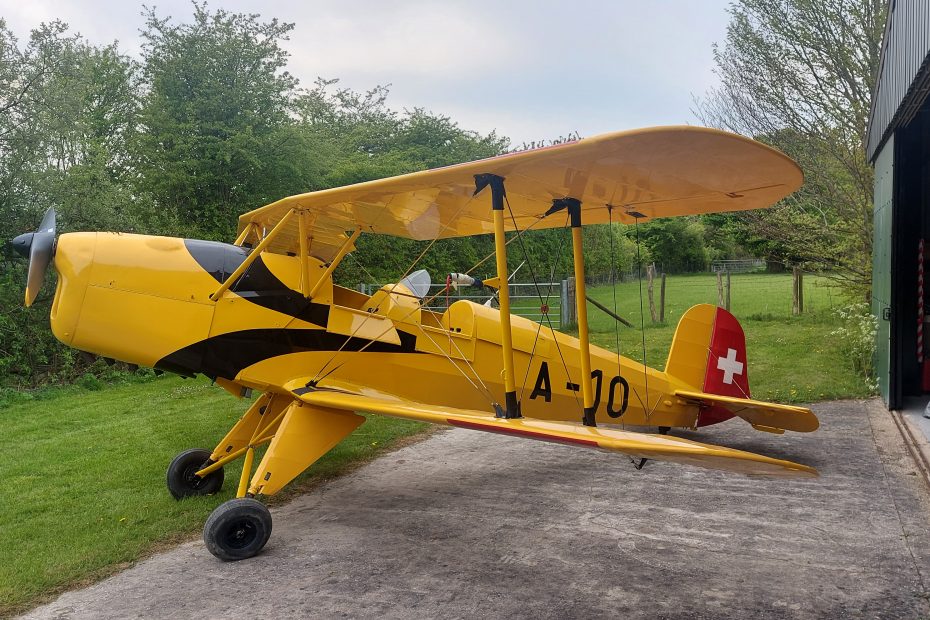 Price: £120,000 We are proud to offer to the market this historic aircraft. A full and extensive restoration commenced in 2015 and has now been…
View Aircraft